An Itch for an Itch and a Scratch for a Scratch

Have you ever watched a dog with a sudden itch? (Photo credit: © Guillermo Cubillos | Dreamstime.com)

Have you ever watched a dog with a sudden itch?  It seems like they go crazy or spastic. One version has them stopping in mid-stride and dropping to the ground. Before you can blurt “heart attack,” the dog miraculously comes to life and starts vigorously pumping his hind foot at some part of his crazily-itching bod. After a few scratchy strokes of said hind foot, the itch god is apparently appeased and the dog resumes his original activity.     Another version also has the dog come to a stop, but not as sudden. Actually, it’s more like slow mo, as the dog gracefully pivots on three legs while the fourth (yup, a hind one again) comes up spastically but slowly. For a split second, the dog manages to both scratch and keep on going. Then, as if its leg had a mind of its own, the leg comes all the way up to scratch, while the behind plumps down on the ground.     Then there’s the freeze, plop, and chew sequence, where the dog again stops in mid-stride, flings himself to the ground as if ducking a bomb blast, and furiously attacks a flank or a paw (his own, of course). This chewing goes on for several seconds until the itch has apparently been brought under control.

Cats do it too.  A domestic cat, Felis catus scratching in Kibaha, Tanzania (Photo credit: Wikipedia)

Finally, a technique that dogs really get into—the soothing lie-down-and-lick lick. This isn’t your ordinary “yuch, my paws are dirty – lick.”  It’s “darn, that’s itchy and sore,” and thus begin hours of slow, soothing and very noisy slurping, somewhat similar to the sound of loud personal doggy hygiene but not quite as satisfying.

What Is the Cause of This Frenetic Activity?

On second thought, don’t…I would miss him too much. Let’s just use Oreo as an example. Now, you understand that Oreo is not an outside dog and has nowhere near the desire to take in the great outdoors that Ling Ling has. Apparently, this does not stop him from having allergies. About the beginning of summer, Oreo started to scratch, then scratch a lot, then the licking commenced. Oreo’s vet, Dr. Kent Weir, thought it might be related to a skin problem, although none of us could find anything on his skin. Anyhow, we had to rule out external causes before we started investigating the more-difficult-to-find possible internal causes. The vet recommended a medicinal shampoo and gave us a regime of bathing to follow.     Nobody really enjoyed these frequent baths, but we persevered. Jen, the dogs’ groomer, gave Oreo a fine-tooth going over on his next visit to her but found nothing. We did nothing for a while after that, hoping the itch would go away. It got worse.

Detritus Can Bite Us

We finally took him back to the vet and implored him to find the cause and fix it. Even Oreo, who is usually scared to go to the vet’s, was less reluctant than usual. I think he was praying to the doggy gods that the doc would find what the problem was and eliminate it.     Sure enough, he did. This time when we examined Oreo’s skin, there was a tiny scattering of some dark oily substance. The vet scraped some off and examined it under a microscope. Turns out it was a mixture of pollen and other plant detritus that was causing Oreo’s itchy agony.

A Bath In Time Saves Nine

The doc gave us another bath routine, plus a recommendation for allergy pills. To everyone’s surprise, after the first bath and pill ingestion, the scratching and licking stopped almost completely. The next morning it had started again, but nowhere near as much as the original scratching and licking. Oreo’s second bath is tomorrow, but after his second daily pill, the itch situation is staying the same. I believe the second bath will move the relief forward, until there is NO MORE itching and scratching.     Have you ever seen the look of extreme relief on a dog who has formerly been traumatized by severe itching and the desperate need to relieve that itch, then who has the itch almost entirely relieved? Look at the picture of Oreo below.

Every doggy parent knows that some itching and scratching is natural. Excessive activity in this area is not. The doggy parent will also know when the itch/scratch cycle is natural or not. I have seen some dogs scratch in a casual, lolling sort of way when they are bored. However, once the activity meanders into excessive, you will probably want to take your pet to the vet. Your pet will thank you (and the vet) and you will find an inordinate amount of relief yourself from not hearing the incessant licking and scratching.

The above events happened in the summer of 2013.  Oreo pretty much stopped scratching and licking as long as he was taking the pills.  However, once they were gone, he started in again, although not quite as vigorously as before.  What confirmed the main itchifier as outdoor detritus was watching the itch disappear over the winter and most of the cold, wet spring.  Nevertheless, as soon as the plants and grass started drying up this year, Oreo started licking…and scratching.  I asked for and got the itch prescription refilled, which gave him some relief for a while.  But, of course, he can’t stay on the medication forever…partly because he will get used to it and it will become ineffective. Scratching that itch, Cole Stream. That’s the life, have a quick drink then a good scratch, then wander around a field on the Pevensey Levels. The cow did something similar. (Photo credit: Wikipedia)

Again, poor Oreo is itching and scratching. The other two are scratching occasionally from mosquito bites, but not as studiously as Buddy is.  We try to keep him bathed and hope on for a solution (no pun intended) for the problem.  So it’s back to the vet for Oreo.     I’ll let you know if anything works.

Does your pet have allergies of some kind that make him/her crazy itchy?  Have you found a way to keep the itch activity under control? If you would like to share, please just enter a comment at the bottom of this post where it obligingly says, “Leave a Comment.”

(Next week watch for “Reincarnation for Pets?”)

The next post will appear on "Puppy Dog Tales"March 10, 2015
Trying to handle the loss of a furry loved one.
Join 242 other subscribers
Follow Puppy Dog Tales on WordPress.com

I Love These Blogs 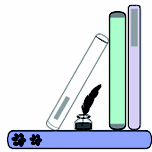 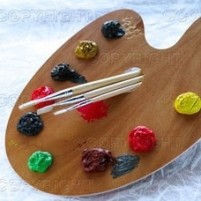 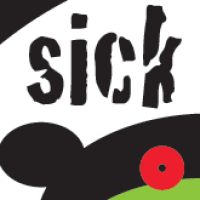 What Folks Have Been Saying

A single woman of a certain age maneuvers the rapids of life with the help of her companion animals.

A single woman of a certain age maneuvers the rapids of life with the help of her companion animals.